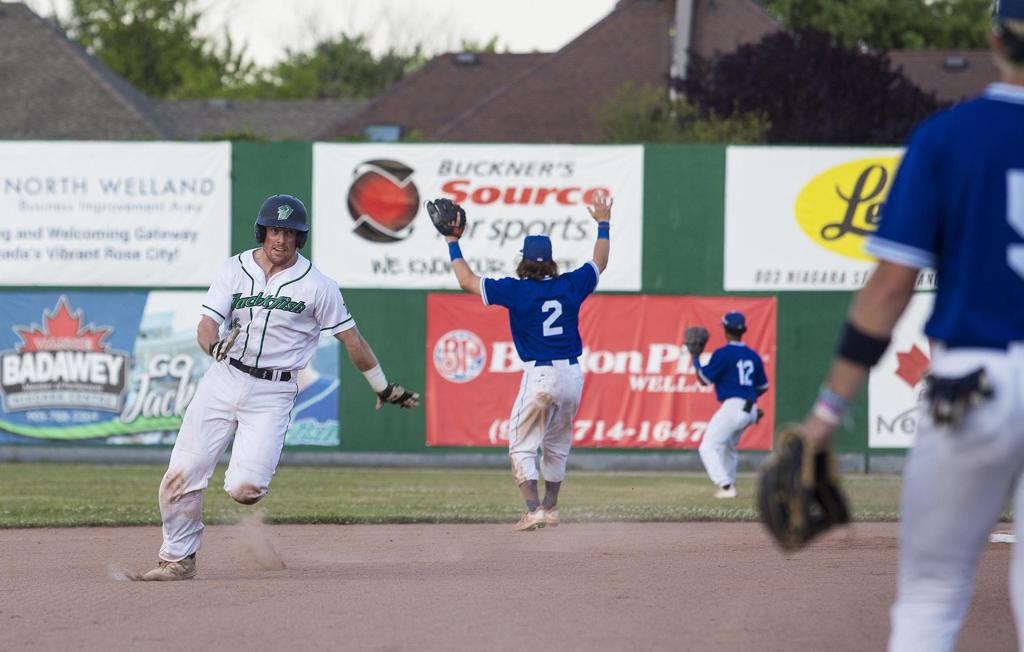 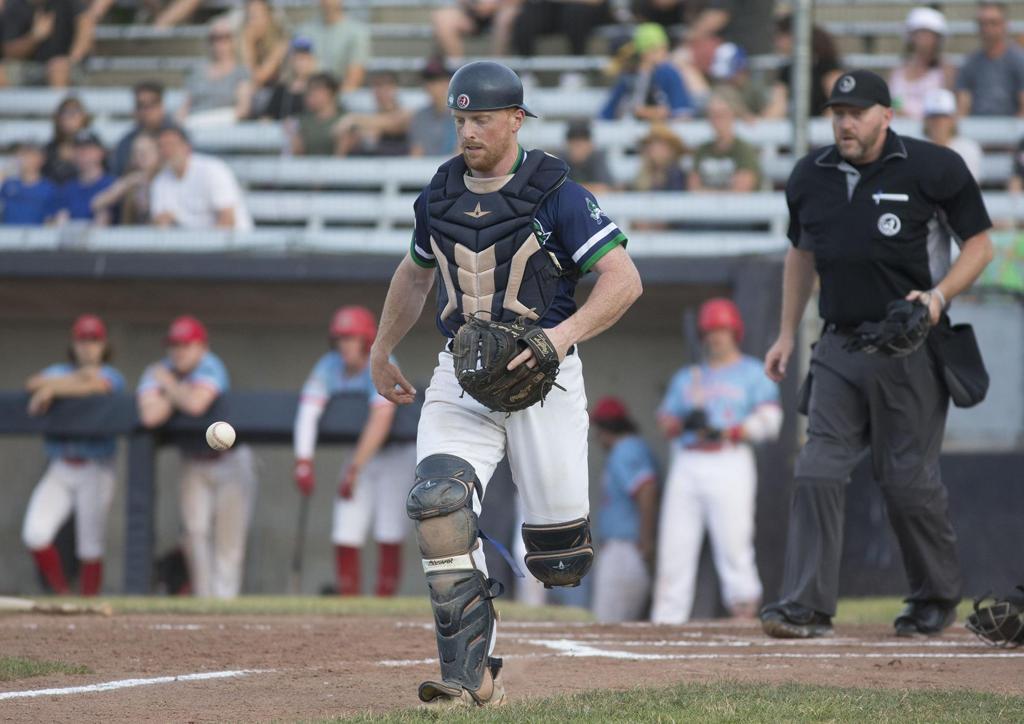 Sam Cawker had a summer to remember.

The former Baseball Oshawa Legionaries and Durham College Lords catcher spent the past few months living and playing baseball in Welland for the Jackfish.

The team is wildly popular, and Cawker became a fan favourite in his first season in the Intercounty Baseball League. It helps when you can hit the ball — a lot — and be a defensive standout behind the plate.

Cawker had a gaudy .348 batting average with 13 doubles and 5 home runs. Appearing in 36 games with the Jackfish, the Courtice native also recorded 38 RBI and 282 put-outs as a catcher. He was the Top 10 hitter in the league, featuring former Toronto Blue Jays outfielder Dalton Pompey, who hit .381 in 30 games.

These numbers made him the obvious choice for the award. He admits he thought about the distinction as the season came to a close, and who could blame him? In late September, Cawker was named IBL Rookie of the Year and the Brian Kerr Memorial Trophy recipient.

He describes the experience of playing in the country's top baseball loop as incredible.

"I am likely to go back," said the graduate of the Interactive Media Design at Durham College.

His former Lords and Legionaires teammate Brendon Dadson was the 2019 winner of the award when he played for the Jackfish.

The 2019 year was memorable for Cawker and Dadson as they were key cogs in the Lords taking the Canadian College championship.

Earlier this summer, Cawker spoke to the Welland Tribune's Bernd Franke about joining the Jackfish.

He was urged by Dadson, a one-time Jackfish who also played at Durham College, to give the IBL a try.

It was a good idea, after all. "I've always heard it's a good league."

Cawker, who played one season at Lawrence Technological University in Southfield, Mich., a suburb of Detroit, followed by two in the Ontario Colleges Athletic Association with the Lords, spent the 2021 season in the senior triple-A Greater Toronto Baseball with the Kendal Eagles.

ABOUT THE AWARD: The award is presented annually to the player selected as the most proficient in his first year of competition in the IBL, as determined in a vote of IBL directors. Brian Kerr was a former player with the Waterloo Tigers in the 1940s. In 1964 he managed the Kitchener Panthers.

MORE ABOUT THE IBL: The Intercounty Baseball League (IBL) is the top-level baseball league in Canada, boasting ex-major league professionals and elite NCAA college baseball players. The 2021 season will mark the IBL's 102nd in operation. The IBL is one of the longest continuously operated baseball leagues worldwide and serves as a valuable training ground for coaches, umpires, and front-office staff. More than 40 IBL players have advanced to Major League Baseball or returned to the IBL following their MLB careers. The league is comprised of teams from Barrie, Brantford, Kitchener, London, Toronto, Guelph, Welland, and Hamilton. For more information, visit www.theibl.ca.