Jackie Robinson — The Man Who Broke the MLB Colour Barrier

This month, as part of Black History Month, Baseball Oshawa will be paying tribute to four baseball legends who changed the game of baseball.

Baseball is America's favorite pastime, and it has been for many decades. But not until 1947 did the first black man play in the majors, and his name was Jackie Robinson. Robinson played his first game at Ebbets Field for the Brooklyn Dodgers on April 15, 1947, making history as the first black athlete to play Major League Baseball. One day every year, MLB celebrates Jackie Robinson Day in honor of this achievement. Every player in the MLB wears Jackie's number 42 as a way to pay tribute to this great player. There have been two movies about this legendary man. One is called The Jackie Robinson Story (which came out in 1950 and starred Robinson as himself), and the other is called 42 (a 2013 biopic starring Chadwick Boseman) in honour of his number. 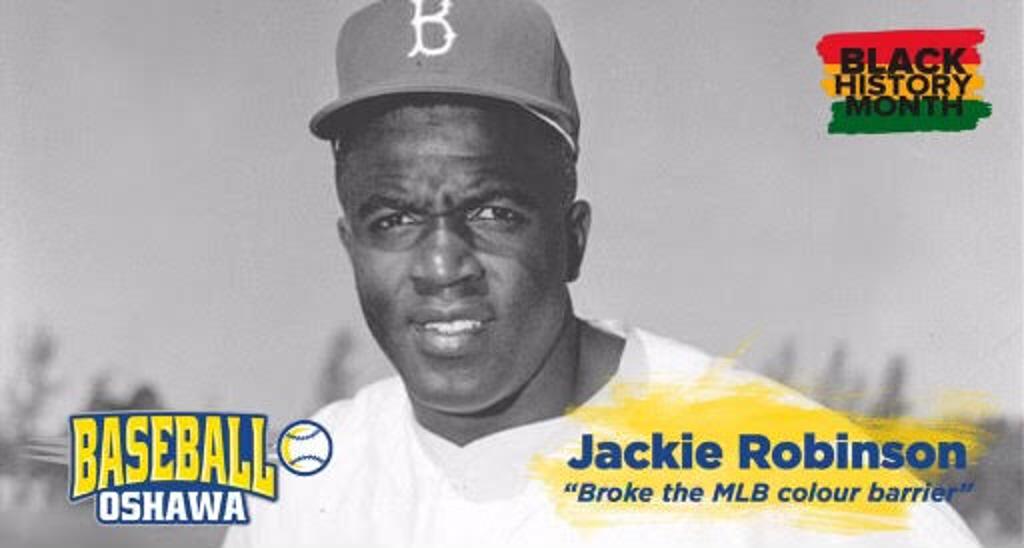 Read all the bios