Jim Lutton has 100 reasons to smile

This past season may not have been memorable on the field for most teams, but for Baseball Oshawa legend Jim Lutton it was one to remember.

Mr. Lutton not only attended every board meeting in 2020, he also umpired one of the few games at Kinsmen Stadium this past summer.

The 83-year-old was approached by Shawn Earle's team to fill out the umpire crew and the Baseball Ontario Hall of Fame member was happy to take his place down the third base line.

By taking the field that sunny October day, Mr. Lutton had umpired in every decade since his first game in 1959!

Congratulations and thank you for your tireless efforts on behalf of Baseball Oshawa.

To read the whole list visit the Canadian Baseball Network. 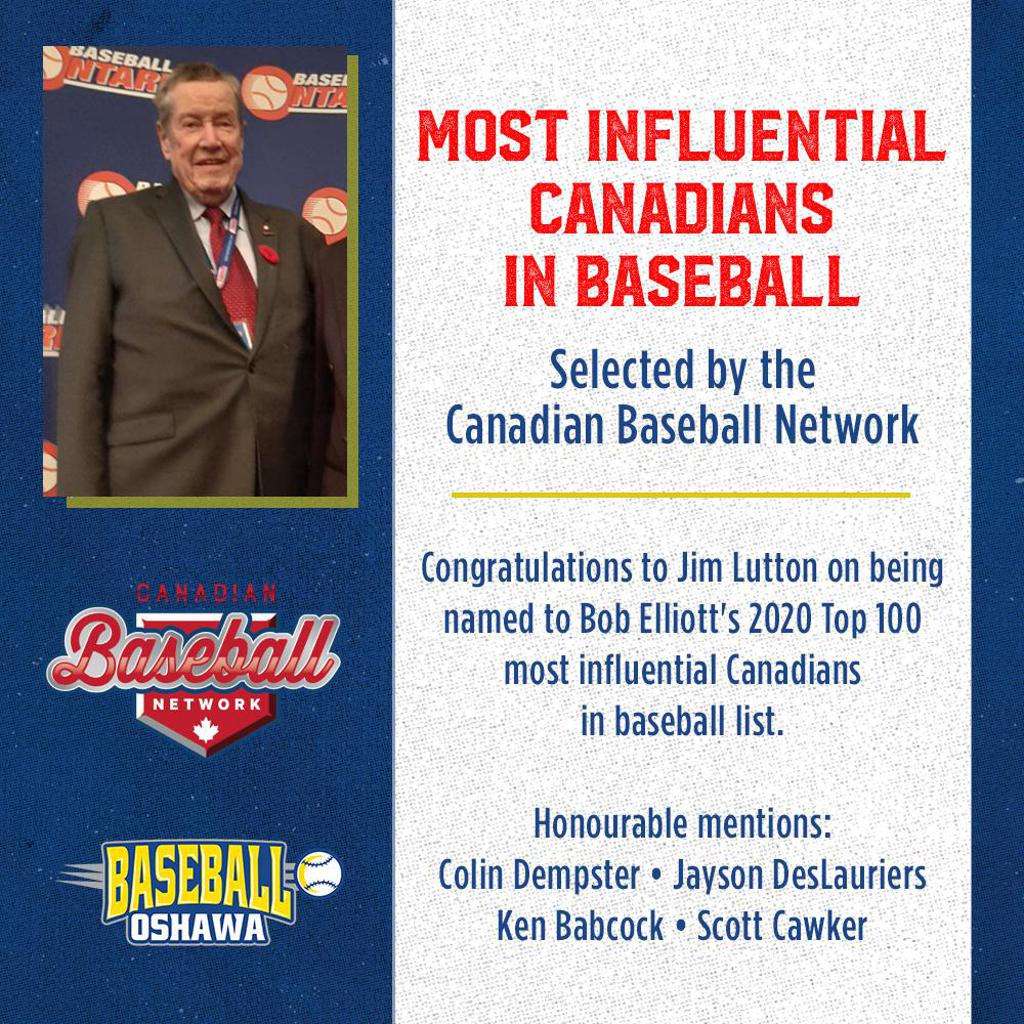